Syndromic children have an increased association with difficult airways, which may lead to difficulties and dangers even when anticipated and planned for. Hypoxia, with its risk of brain injury, cardiac arrest and even death, may follow induction of anaesthesia with subsequent airway management failure.
Video-assisted devices have helped significantly with the management of difficult airways in children; however, these devices are not always available and have their own limitations. An alternative approach to the difficult airway, although seldom used, is the paraglossal straight blade approach. This technique, originally described by Jackson and Magill and later modified by Henderson, has successfully been used in both the paediatric and adult populations for the management of a difficult airway. The paraglossal intubation technique has frequently been used for successful intubation in Pierre Robin syndrome and cleft palate surgery, but only isolated case reports are available to indicate its effectiveness in other abnormalities such as tongue tie, macroglossia, arthrogryposis multiplex congenita, Treacher Collins syndrome and glossopalantine ankylosis. 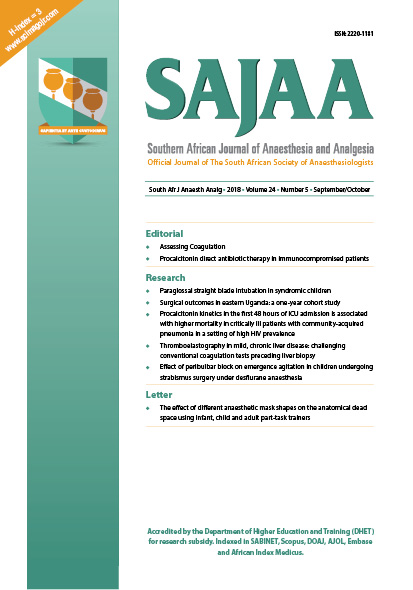